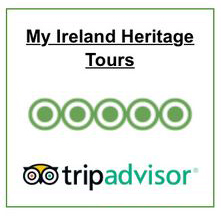 We at My Ireland Family Heritage believe in Customised Quality Tours for you and your family alone whilst visiting the exact location for your family home.

We would like you to see the Best of Irelands History whilst taking your Ancestral Family Tour. When you use Dublin or Historic Medieval Town of Trim in County Meath we will take you to any Part of Ireland and return you to your Hotel.

Many areas of Ireland are accessible in one Day allowing you time to see your Families exact Church, Graveyard and Family House and local historical interests and return to Dublin City or County Meath.

Here are some helpful points prior to your Travel: 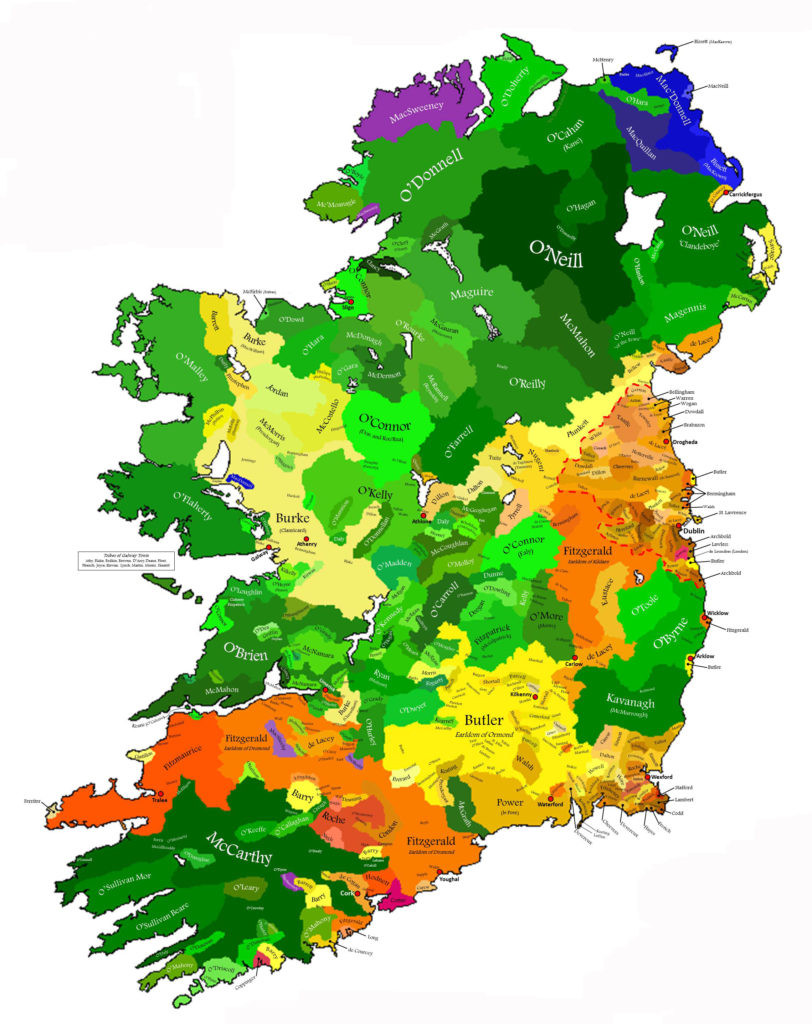 Planning your ancestral tour using Dublin as your base

Depending on the location of your Ancestral Townland Experience Tour in Ireland’s North, South, East or West we will endeavour to include an overview of some of the following places whilst exiting Dublin or returning. 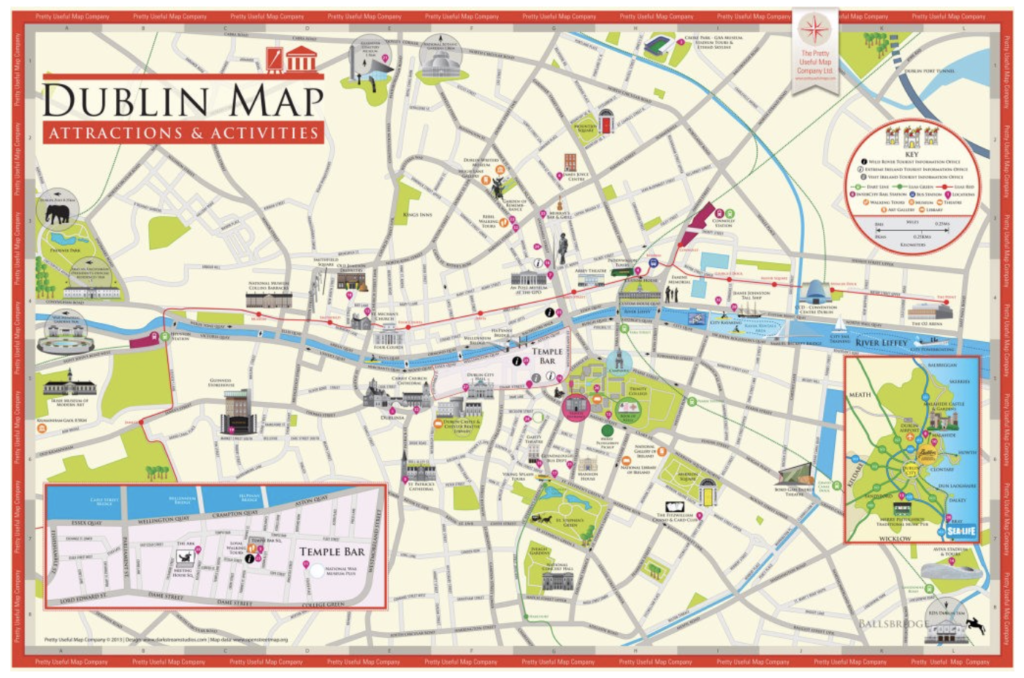 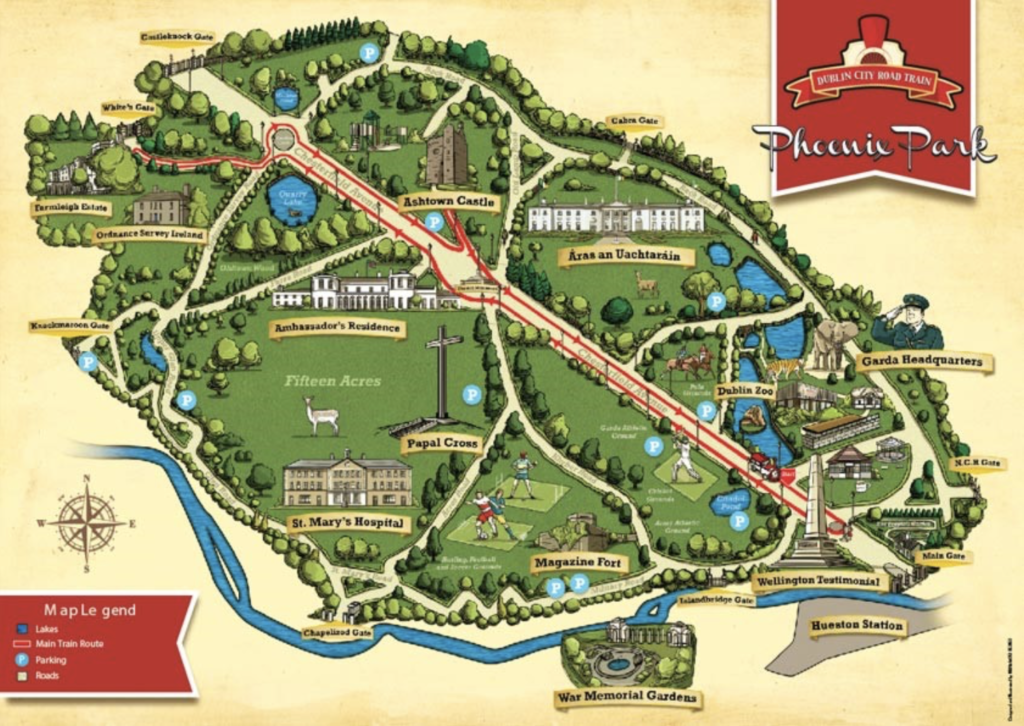 West of St. Mary’s Hospital, on the hill of Knockmary, stands a prehistoric burial chamber over 5,500 yrs old.   The tumulus, which covered it, was opened in 1838 and skeletons, pottery and other relics, now in the National Museum were discovered.

Planning your Ancestral Tour using Historical County Meath as your base

We also recommend that you might like to use Trim Medieval Heritage Town or Dublin City as your base and Combine this with the most unique Historical Tour in Ireland covering 9,000 years of History. In County Meath we will show you all of Ireland history in one day from the Neolithic 4,000 BC World UNESCO site Newgrange to The Famine Workhouse & Graveyard at Dunshaughlin. 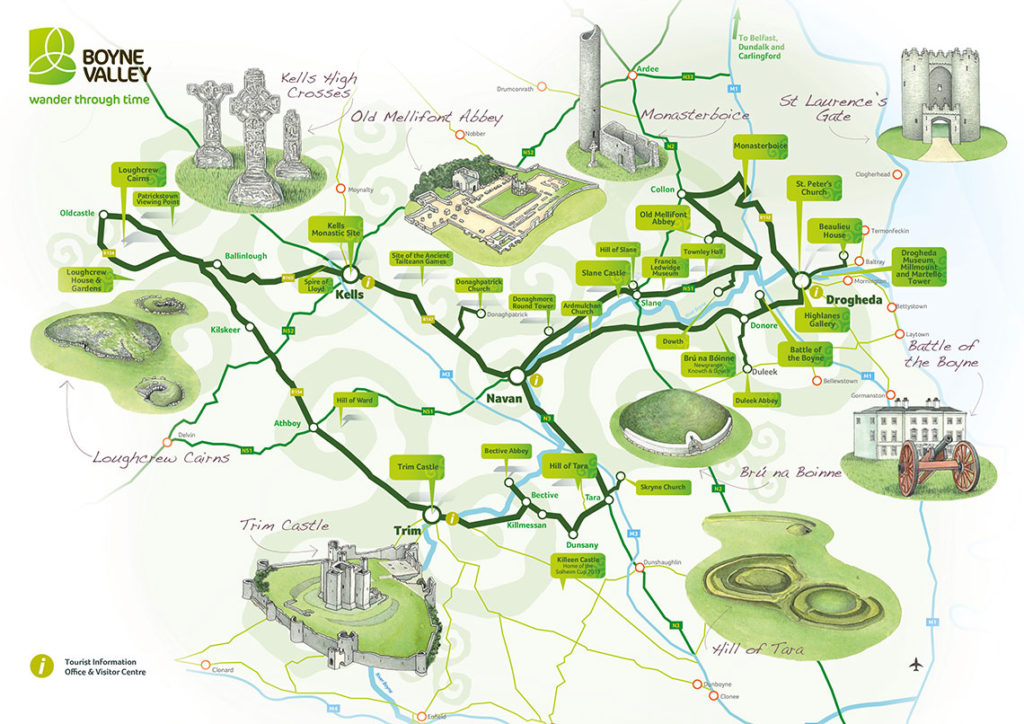 Trim Heritage Town as a base for your Ancestral Experience

One of Ireland’s heritage towns, Trim is situated on the River Boyne. It once had the oldest and largest religious settlements in the country. The town is dominated by the medieval Trim Castle, which was built by Hugh de Lacy in 1173. The largest Norman castle in Europe, it is now restored and visitors can access the 75ft square keep and grounds by guided tour. Sections of the epic film Braveheart were filmed here. 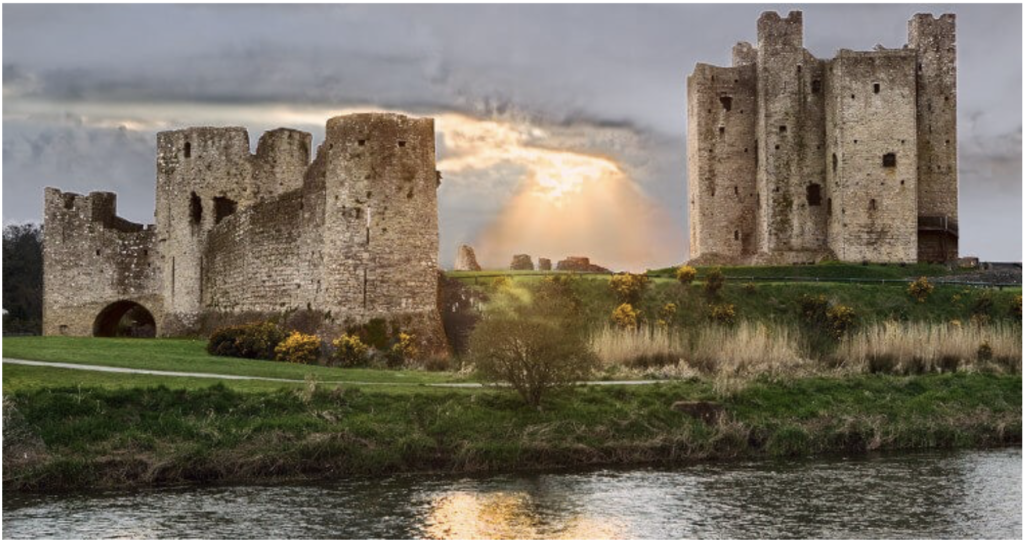 Soon after proclaiming Christianity in Ireland, St. Patrick built a church here on land granted to him by the son of the High King. He built it near an ancient ford that crossed the river just beyond the bridge and it was from this that Trim got its name.

Surrounding the Castle are fascinating ruins which provide evidence of fervent religious activity. Stone relics abound in St. Patricks Cathedral, its church and porch revealing a number of medieval grave slabs. St. Marys Abbey is the remains of an Augustinian monastery founded in the 12th century and later a focal point for pilgrimage. With Bective Abbey and Newtown cathedral ruins all 12th Century Trim has it all including the oldest Anglican ruins and the oldest Bridge in Ireland Trim has it all. 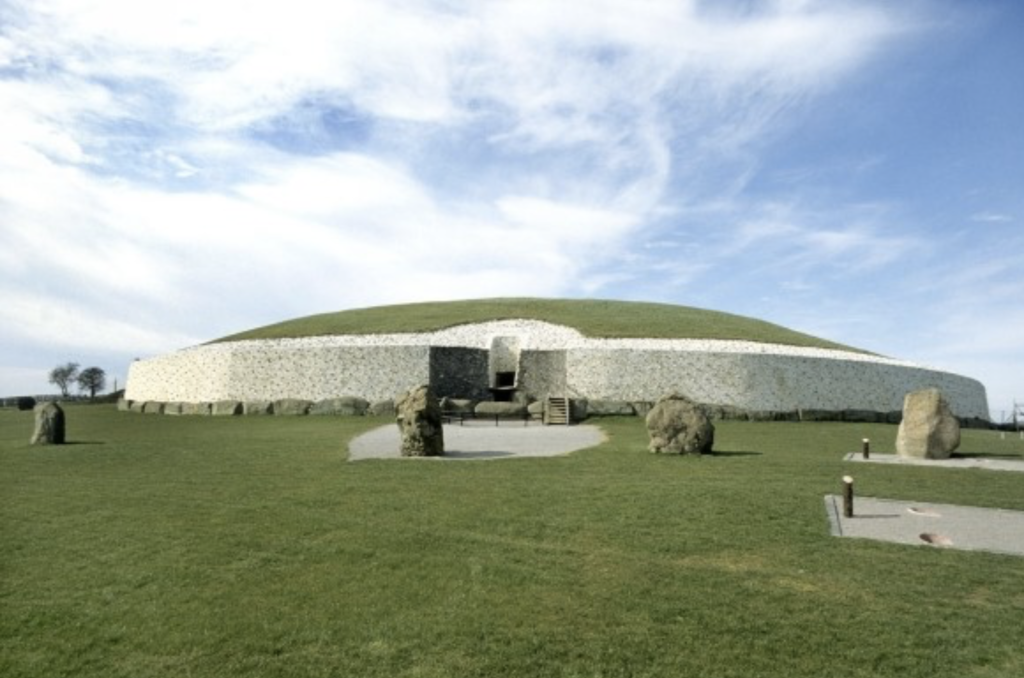 Brú na Bóinne, (Newgrange), refers to the area of the River Boyne which contains one of the world’s most important prehistoric landscapes older by 1,500 years than Stone Henge and the Pyramids . The archaeological landscape is dominated by the three well-known large passage tombs, Knowth, Newgrange and Dowth, built some 5,000 years ago in the Neolithic or Late Stone Age.

A Poignant reminder of the Famine period when over a million-people lost their lives and nearly 2 million people emigrated. Most Famine graveyards in Ireland are attached to what was the Famine workhouse. They may in some cases be close to a Town which is the situation when we visit Kells Graveyard above. All graveyards have marker but no names, or headstones exist in memory of the people who rest there. All 130 Famine work Houses in Ireland were built in the period 1838-41 we will show you both of the above on your Meath Tour experience. 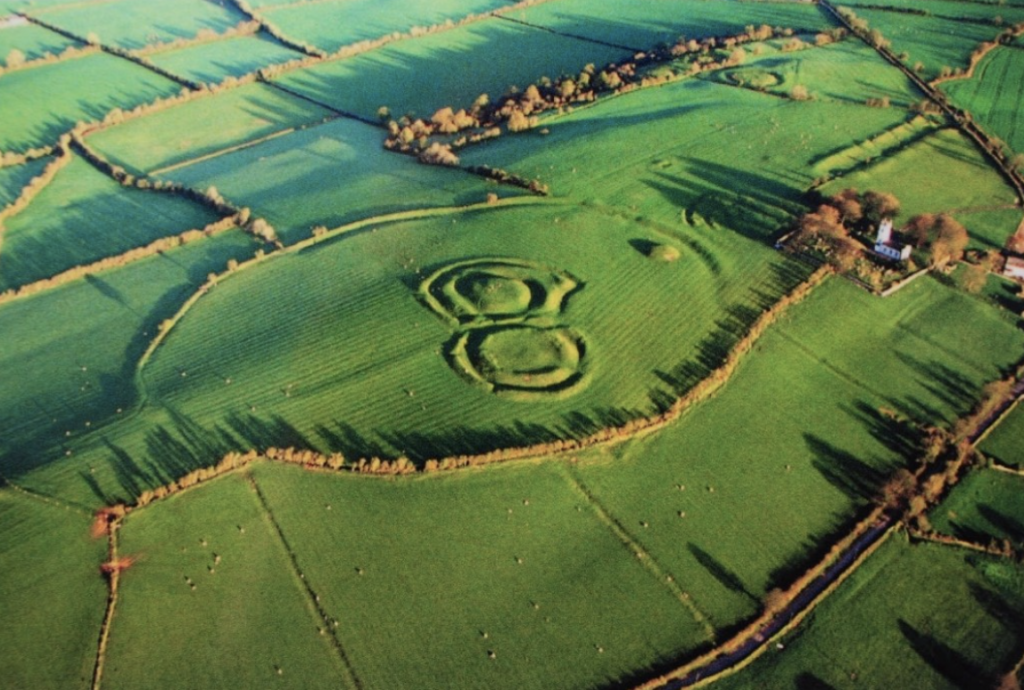 The Hill of Tara is an ancient Neolithic Age site in County Meath and the home of the High Kings of Ireland. The Oldest monument at the site is the Mound of the hostages, a Neolithic passage Tomb, dating from c.3200 BCE. The ring Forts and other enclosures, such as the Banqueting Hall date from the Iron Age. The Lia Fail (stone of Destiny), by which the ancient kings were inaugurated, still stands on the Hill. The site is also associated with the Tuatha De Danaan, the Celtic peoples of Ireland and with the mystical elements they came to embody.

Monasterboice is a 5th Century Monastery which includes a Pre Christian Grave , 13th Century  Churches, the Tallest & most detailed High Cross in Ireland from the 9th Century.

Should your Ancestral Tour be in any of the Following Counties of Ireland Meath, Cavan, Monaghan, Louth or West Meath with prior consultation we will endeavour to show you some of the Highlights of our Historic Meath Tour as follows 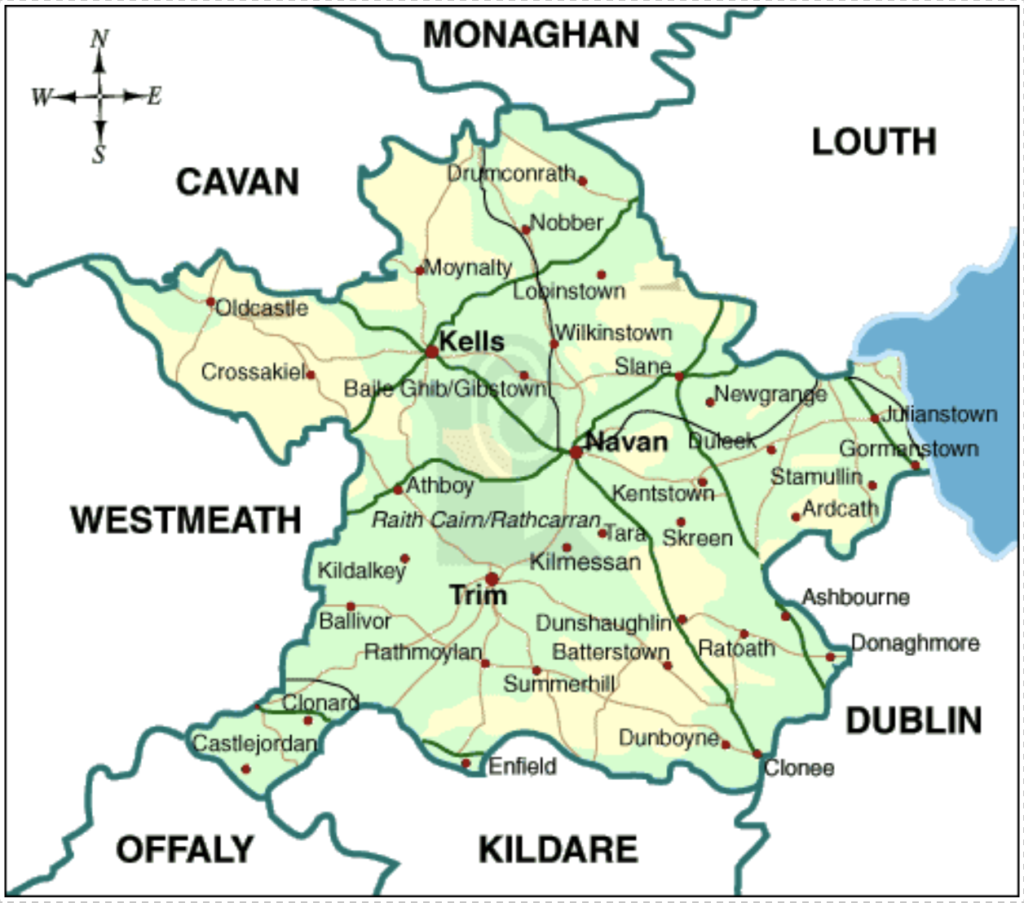 The Next Step in the Process

The first step of the process is to complete your free preliminary research consultation. This process can be done via email, phone or Skype depending on your preference. During the meeting we will discuss your goals, advise you about the process and work with you to get as much information in relation to your past and your family as possible.

We at My Ireland Family Heritage are the specialists at researching & Finding your Ancestors exact House in the 1800s in any County in Ireland and taking you alone with your family members or party to that exact spot where the house is or it once was. We will also provide you with a once in a lifetime Genealogy Tour Experience with our Government approved Failte Ireland Genealogist and Tour Guide Seán or Ian. Once we find the correct townland the work is only beginning.

These tours can be extended to additional days if you would like to uncover more of your family history. This is your experience so you can combine any of our tours with your ancestral tour.

The Republic and Northern Ireland has an extensive network of public roads connecting all parts of the country. It must be stressed that driving in Ireland is now an extremely good experience.

However it is imperative to tell you that nearly 95% of the driving for Family Townland experience is done on Local Roads which have not changed in many cases since your Ancestors emigrated.

A Townland in Ireland is a geographical division of Land used in Ireland. This system is off Gaelic Origin pre dating the Norman invasion 1169 AD. A Townland can be anything from a half an acre to two thousand acres.

It is extremely important to note that most Townlands are extremely hard to find as they are not marked in Ireland and are usually defined by borders such as Rivers, Hedges or Hills.

Having found the Townland we must now find not just the Civil Parish identified on your records but the correct Church. On your records you may see a Civil Parish this most likely is not the Church your Family used for Marriage/Baptisms and weekly use.

As an example take County Meath there are 146 Civil Parishes in County Meath. Your Families Church may be Culmullin it is bordered by 7 different Parishes but it is also in the Parish of Dunshaughlin. Your records may say Parish of Dunshaughlin but your Ancestors Parish and church they used for important events is actually 10 Miles away at Cullmullin. To Compound the issue there are 5 Baronies in Meath with the word Rath and 47 Townlands with the word Rath included.

Finding the correct Graveyard for your family for the Townland. Again an example a Parish like Dunshaughlin may have 10 Graveyards in Fact the Parish of Cullmullin above which is in the Civil Parish off Dunshaughlin has 3 Graveyards alone one for 1700 one for 1800s and a Modern graveyard.

Again this is our responsibility to find the Correct Graveyard for your Church and your families Townland.

At My Ireland Family Heritage our Data Base allows us to find the exact Location of your Families house in the 1800s. Once we travel here on your behalf we will know very quickly if the family are still in the vicinity. In fact even if they are not we have the knowledge to know if the neighbours who may be there for 200 years are also still in the Vicinity.

At My Ireland Family Heritage our Data Base allows us to find the exact Location of your Families house in the 1800s. Once we travel here on your behalf we will know very quickly if the family are still in the vicinity. In fact even if they are not we have the knowledge to know if the neighbours who may be there for 200 years are also still in the Vicinity.