If you’re a history connoisseur visiting Ireland, you should definitely consider visiting County Meath. Not only is it one of the most beautiful places in the country, but it’s also home to heritage sites that encapsulate the essence of Irish and Christian history. Do you want to know what you can do there? Here are seven places you must visit while in County Meath.

This is one of the oldest sites in County Meath from the Neolithic Age and was home to the High Kings of Ireland. Here are some of the key attractions you’ll find on the site:

The passage tomb at Newgrange (also called Brú na Bóinne) was built in 3,200 BC. The breathtaking mound is a UNESCO World Heritage site that is full of art from the megalithic era. During the winter solstice, the chamber and passage at Newgrange are illuminated. 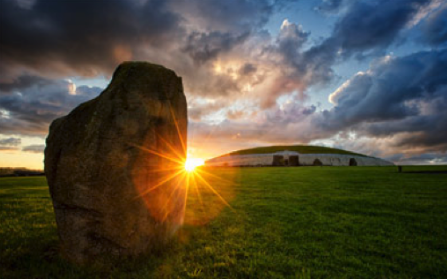 St Columba’s Church marks the site of the Monastery of Kells. This is one of the most significant church sites in the whole county. Annals of Ulster from 804CE signify that the Columban community in Iona Island moved to Kells and made it the primary Columban monastery in Ireland. It’s also here that the monastery completed The Great Book of Kells.

Trim is one of Ireland’s most popular heritage towns. Located on the River Boyne, this town’s primary attraction is the Trim Castle, built in 1173 by Hugh de Lacy. It’s the largest Norman castle in Europe and has now been restored for visitors. When you’re in Trim, you should also visit the oldest unchanged bridge in Ireland and the Anglican Ruins.

5. Battle of the Boyne Site

In 1690, The Battle of the Boyne was fought near Drogheda (east coast of Ireland) between the Protestant King William III and the Catholic King James II. The king won, and Protestant ascendancy reigned in Ireland. The site of this battle has a heritage centre that’s a great way to learn about your Irish ancestry as well as the history of the country.

Monasterboice is a must-visit place for people who want to learn more about Irish heritage. These historic ruins are home to two churches and a round tower. You’ll also find the magnificent High Cross of Muiredach and the Old and New Testament carvings. You should also visit the Bullaun Stone and the pre-Christian Grave while you’re there.

The Hill of Slane is especially significant in the history of pagan Ireland. The great Festival of Pagan was announced at this hill so it could be seen from a large distance. This is also where St Patrick started the Pascal Fire in 433 AD and eventually got permission to convert the population to Christianity.

Are you looking for quality cultural and irish ancestry tours in Ireland? At My Ireland Family Heritage, our expert researchers can trace your ancestors through quality irish ancestry research and genealogy tours of Ireland. Our certified professional tour guide and genealogists have been serving our clients with detailed and planned heritage tours to all the counties in Ireland.

Contact us now to learn about our services, and book a tour with us today!